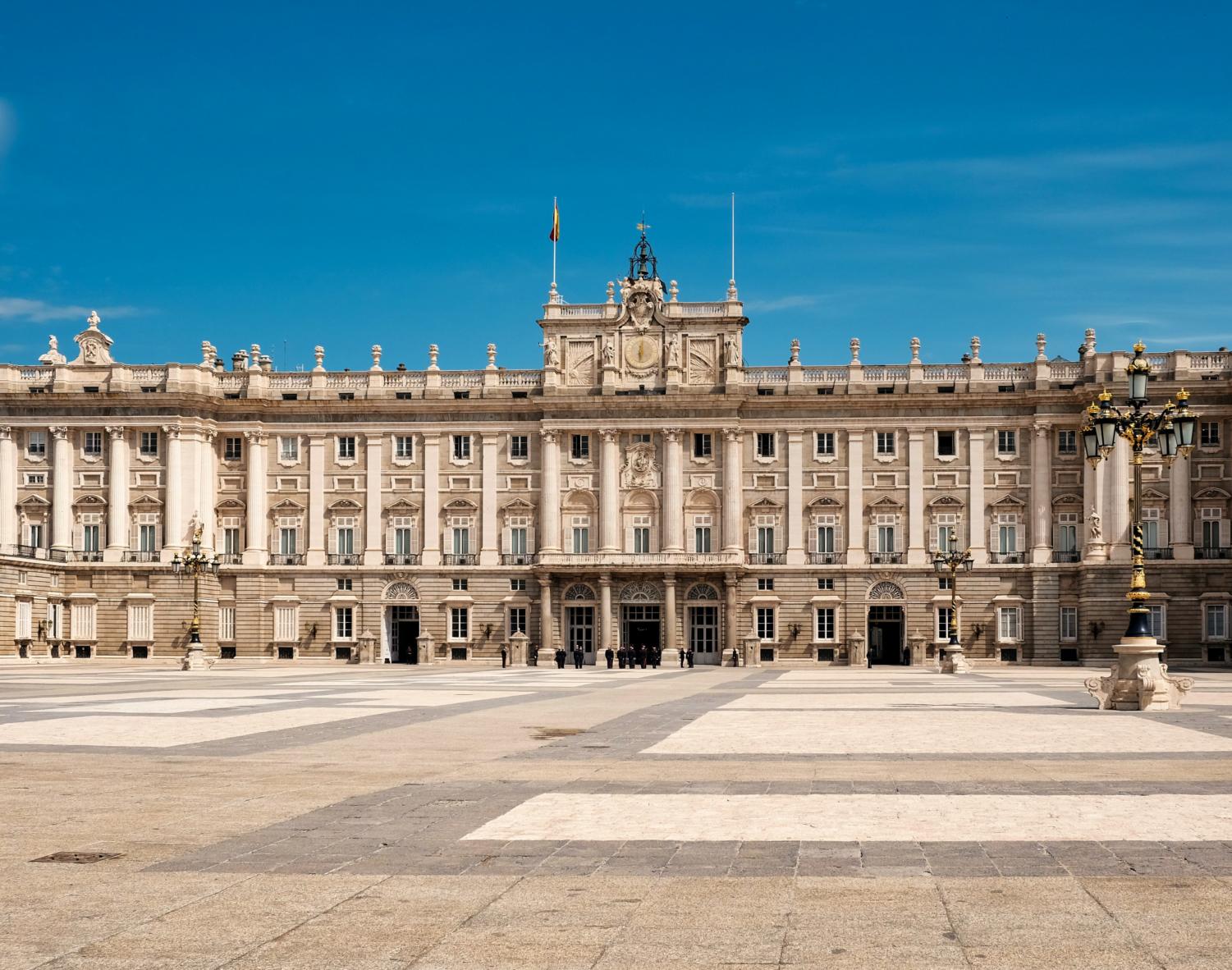 Here is pictured Buckingham Palace, where the royal family resides. The palace was built in 1703. Generations of royals have lived here. (Alexander Awerin)

Here is pictured Buckingham Palace, where the royal family resides. The palace was built in 1703. Generations of royals have lived here.

I am using this platform to address the flaws in the British monarchy’s past while acknowledging my bias as I expand on this issue.

The monarchy is intended to represent the people and draft legislation; they provide structure for the society to function.

But, what does the monarchy really do? 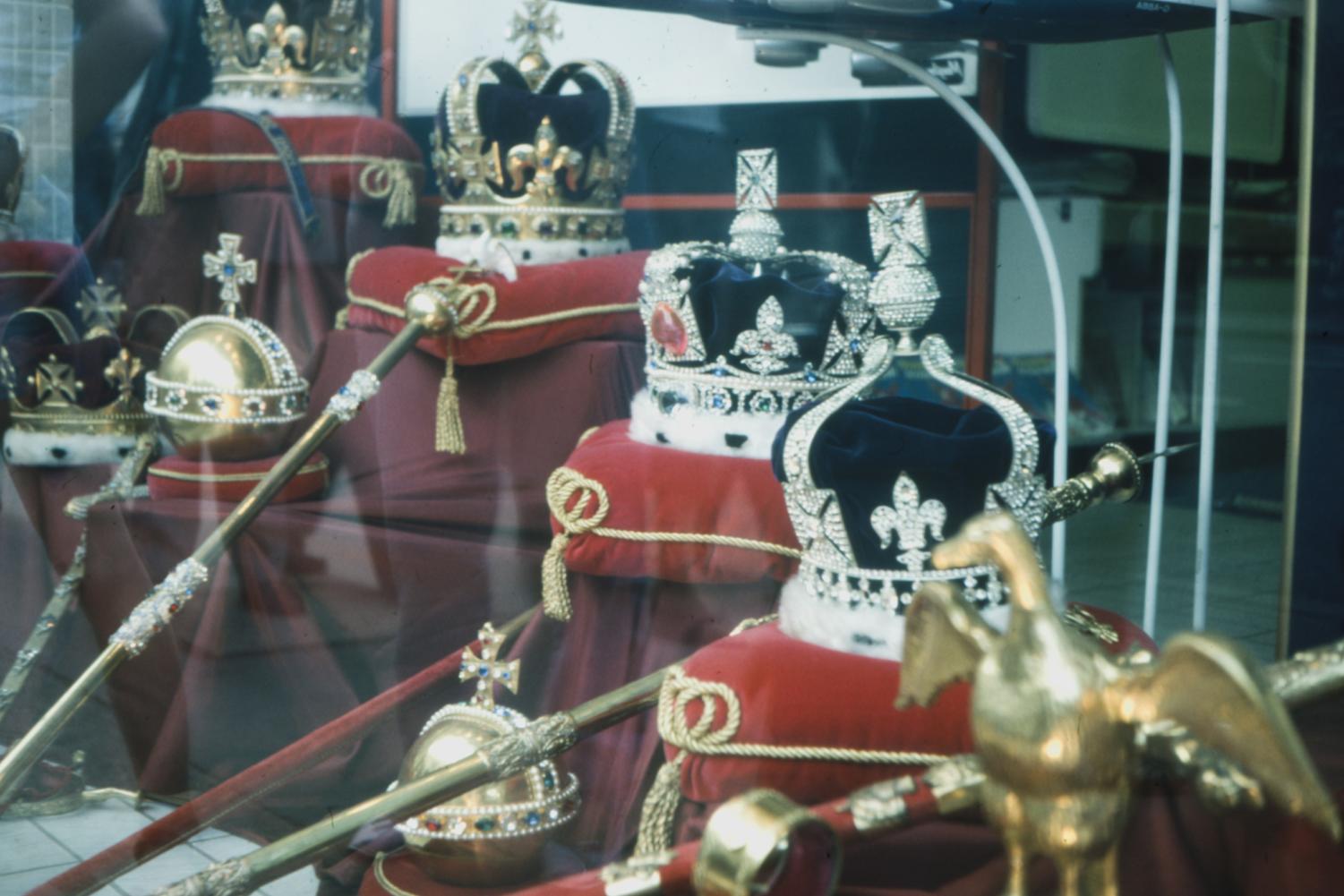 The crown jewels are ceremonial objects for the coronations of the royal family. They have been kept in the Tower of London for hundreds of years. The items have represented the status and regality of the monarchy throughout many exchanges of power.

The British monarchy is unnecessary because they are simply a superficial leader. Everything is done as a publicity stunt in the eyes of the country. The parliament is the real government.

After looking into the monarchy’s real purpose in serving the country, a lot of it consists of formalities and traditions that could be considered antiquated.

The queen and the rest of the family spend the majority of their time in “engagements” with diplomats and hosting parties. The queen technically approves bills from parliament, but it is just a formality as no monarch has denied a bill in over 300 years.

The queen must remain neutral on political matters so she does not have a vote or in opinion on the legislation that is dictated by the government. Her non political duties include awarding citizens with honors, giving to charitable organizations, and presides over ceremonies.

Basically the queen meets with many people and fosters relationships with countries while creating a stable and noble image for the family. The other royals just take on duties that the queen doesn’t have time to get to which makes the royal seem connected to the community and other governments.

I am not saying that the things that the royal family do are not important, they are and all other countries have to do those things to keep their country afloat.

The question now is does the monarchy have to do these jobs or could parliament leaders and other diplomats execute these meetings?

In my opinion the monarchy does many artificial things that just show their stamp of approval because of the weight of their name. The country could run without them as others could take over their positions.

The formalities of the queen in politics and relationships along with the monarchy’s disregard for modern initiatives such as mental health clearly show that they are an antiquated institution. 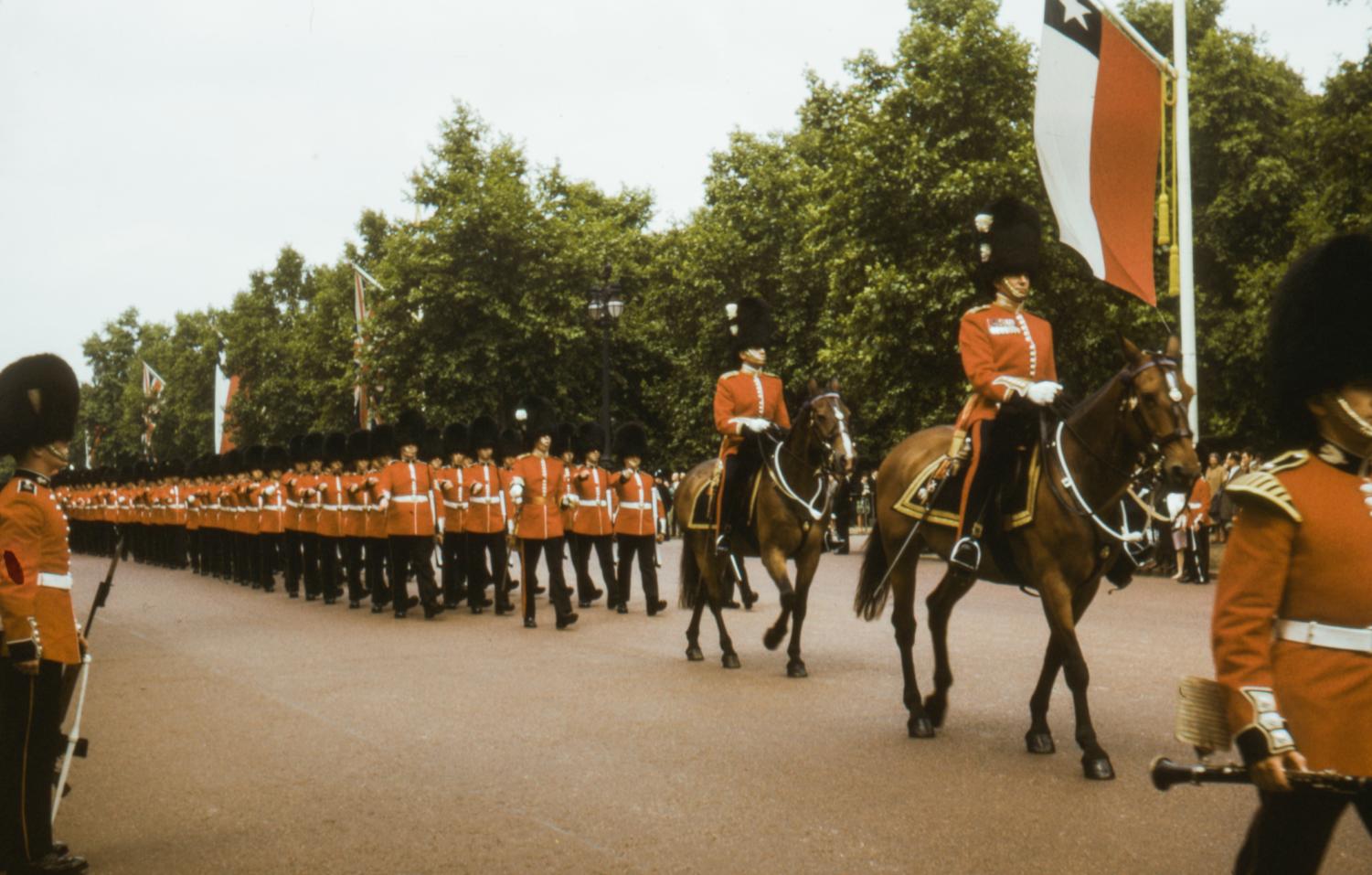 These are members of the Queen’s Guard. They were given the duty to protect the grounds of Buckingham Palace. They have always been characterized by seriousness as well as red tunics and bearskin hats.

Abolishing the monarchy could also help the country economically as the family lives a lavish lifestyle with the crown estate and the taxpayer money, but this estate does not belong to the people but the monarchy itself and could be used in other areas if the monarchy were to be abolished.

“Basically the crown estate is property and revenues that belong to the ‘crown’ or the institution of head of state, which is the monarch, not to the government or Queen Elizabeth personally. Since 2011, the salary for the monarchy has been set to  25% of the estate’s net income.” CCS junior Dany Nafaytuk said.

Throughout the years the names connected to the British Royal Family have carried a certain weight and importance to more people than those under them. Their day-to-day lives, relationships and especially weddings have caught the eyes of a worldwide audience. People desire the luxury and title of royalty and achieve this by living vicariously through the British monarchy.

This fact is known by the Royal Family and used for their own exposure and benefit, even though it may cause damage and expose the intimate details of their lives. There have been many instances of exploitation by the family which have led to scandals that have painted the monarchy as a whole in a less dignified and regal light. 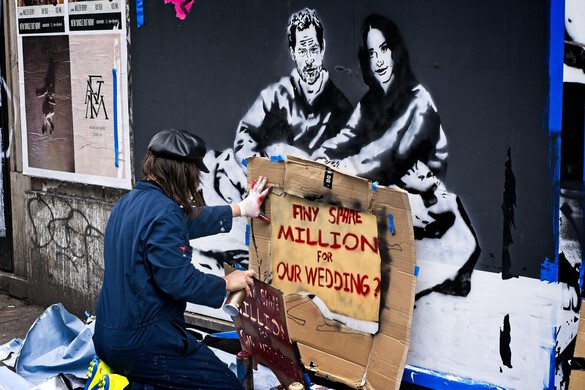 This pictures street art criticising Prince Harry and his wife Meghan Markle. This man was showing his disapproval of the large sum of money put into their wedding.There has been a large scandal around Meghan and Harry as they left the royal family.

The most current royal scandal that has caught the attention of our generation is Meghan and Harry’s withdrawal from the Royal Family and subsequent tell all interview that was on the TVs of millions.

One of the main conclusions I drew from the interview was the monarchy’s manipulation of the tabloids to only show what the family wants it to. This manipulation not only causes reputation issues but relationship issues as certain things are twisted and exposed while others are muted.

It has been exposed that the family has silenced members of the family who had real problems that they did not want the public to see as to not weaken their image. This censoring is hypocritical as they expose other private issues of the family.

This suppression has caused a public uproar after the tell all interview because of the modern movement of respect and help for those with mental illnesses which was disregarded by the royals. This disregard is just one way they have proven themselves to be an antiquated institution because they do not accept or follow the modern norms including the aid of those with mental illnesses.

This instance is not the first time that a tell all interview has caused astronomical uproar. In 1995 Diana shared that she struggled with depression and other mental illnesses, similar to Meghan Markle. This struggle is a discouraging common theme in the Royal Family which creates an unflattering image of Royalty and the stipulations that come with the crown, especially marrying into the crown.

Mental illness is not the only thing that has caused uproar as they have also been accused of racial discrimination after Markle exposed things that has been said to her about the appearance of her child. The accusation engages racial issues along with the observed discrimination towards those who married into the family and not blood. 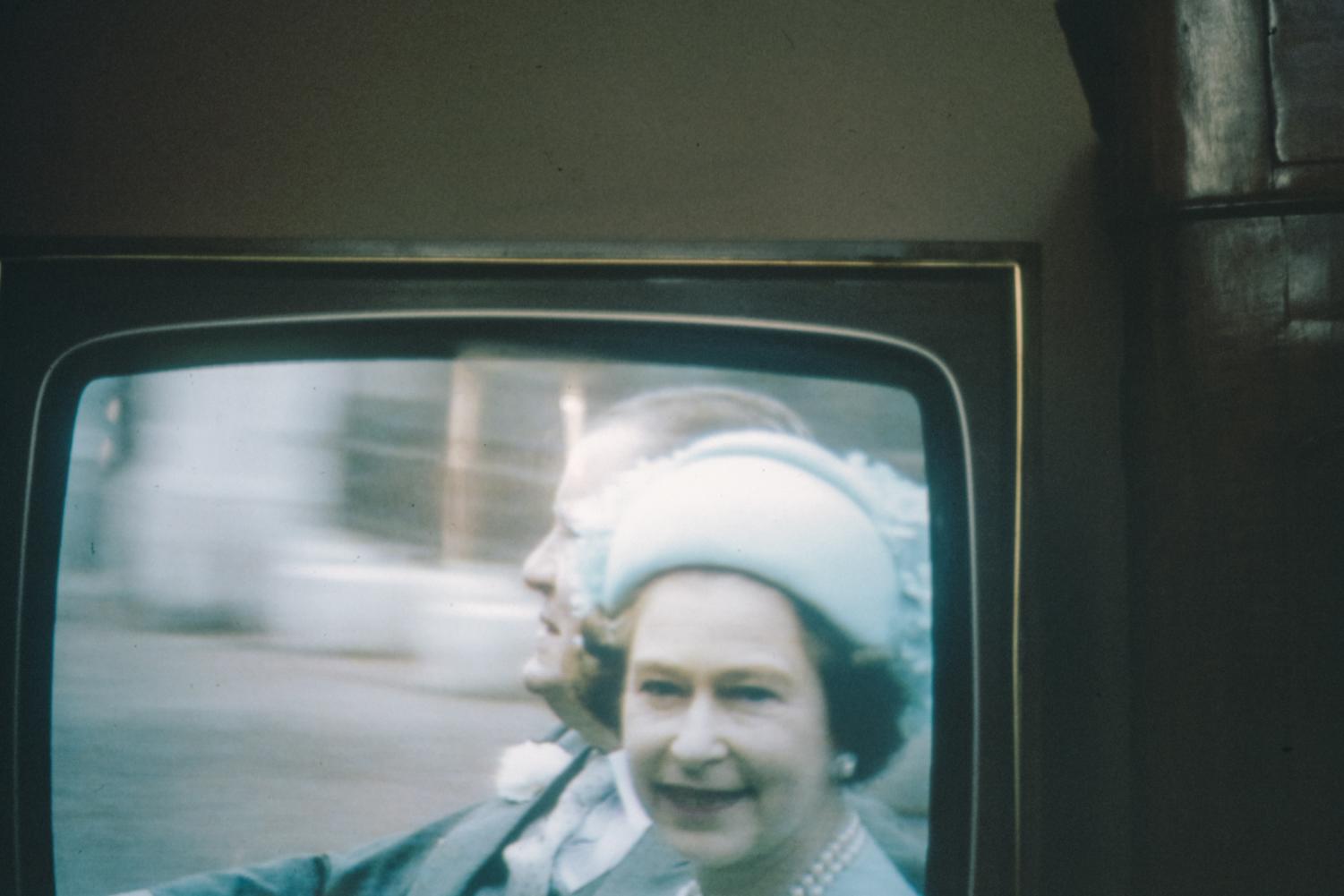 Actions and sightings of the royal family are a large spectacle that many choose to watch. Their daily lives and scandals have taken a large part in the news for many years. The monarchy has always had a large role and social influence on many.

Overall the monarchy has caused much political and social attention as much of the press they have gotten over the years has been unflattering and caused them to be seen as less dignified. After investigation it becomes a question of whether the monarchy is fit to continue because of its lack of modernization and damage done to those in the past as well as if they are necessary for the country to continue on.

This argument has come about many times as the monarchy has made mistakes and at some point their antiquity must be evaluated and their scandals and problems need to be amended or abolished once and for all.

If you want a picture to show with your comment, go get a gravatar.